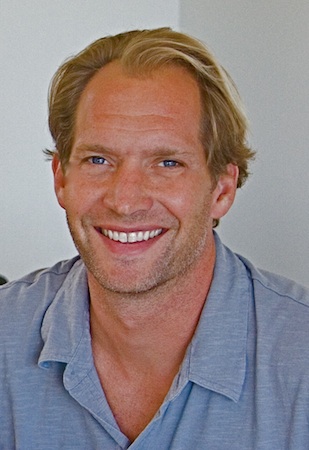 “A little rebellion now and then is a good thing.” –Thomas Jefferson

A change dish with Thomas Jefferson’s comment inscribed in it sits on my desk, a reminder of the American experiment and the constant need to protect liberty.

This coming week, I’ll be celebrating the American colonies’ rebellion with a parade on Brooks Street, a paddle out in memory of my former college roommate, ex-Navy SEAL and neighbor Mark Metherell, and a street barbeque where I’ll be grilling exotic Midwestern bratwurst.

When we started the Brooks Street parade five years or so ago, we didn’t look to the government to provide our entertainment. We didn’t ask the city if we could organize and we didn’t expect a tax to pay for it. We simply did it.

Now, grandparents, parents, kids, dogs, cats and marching bands congregate, march up the street and down it. After the parade, we exchange costumes for swimsuits and paddle to Second Reef (kids and non-surfers included). We remember people who’ve sacrificed so that we can enjoy the freedoms we do. We say prayers, offer inspiring words, hold hands and refuse to forget how good we have it.

Two weeks ago, I was surprised again by the outcome of a local rebellion.

Fewer than five percent of the American colonists fought the English in the American Revolution to gain their right to self-determination. Similarly, a handful of fed-up high school students mobilized to contest the Social Host Ordinance under review by the City Council. If it wasn’t for this small group of activist students, Laguna’s school board, PTA and police chief might have talked the City Council into giving away the civil liberties that have cost so much to so many.

SHO isn’t the first attempt to overrun dissenting voices and due process locally.

Parents and students who opposed the controversial name change to Breakers from Artists at Laguna Beach High School in 2002 reported that the student handbook with due process guarantees was cancelled during that battle.

It does not appear that a due process to give students a voice has been re-established.

When Councilmember Toni Iseman asked students how to engage them about the SHO, they did not have an answer. Using a process of debate like Model United Nations is apparently the best process they have left, according to students.

Regardless of what you think of the high school’s name change, the loss of due process for students is diabolical. It is antithetical to the foundations of liberty in American government that we should be teaching in schools.

American colonists broke with the English king not because that model of government was inefficient, lacked consensus or failed to deliver benefits. They broke with England because they did not have a voice. They fought the Revolutionary War because they were not represented.

When I met with high school Principal Joanne Culverhouse she was concerned that student protests might spiral into inappropriate behavior. James Chowning Davies, who created the famous Davies J-Curve, offers some powerful insights into how to best manage students. Davies’ theory says when rising levels of individual expectation coincide with falling levels of perceived well-being, that gap makes a culture ripe for upheaval.

The best way to overcome rebellious attitudes and outright revolution is not to deliver more efficient government or consensus, but to ensure that the maximum number of voices are incorporated into the political process and decision-making.

The city council inspired my belief in local government when they voted to table the Social Host Ordinance until fall so that they could get more input. They’ve  shown their belief in listening to divergent voices from students and parents in our school system. That is worth celebrating this 4th of July.