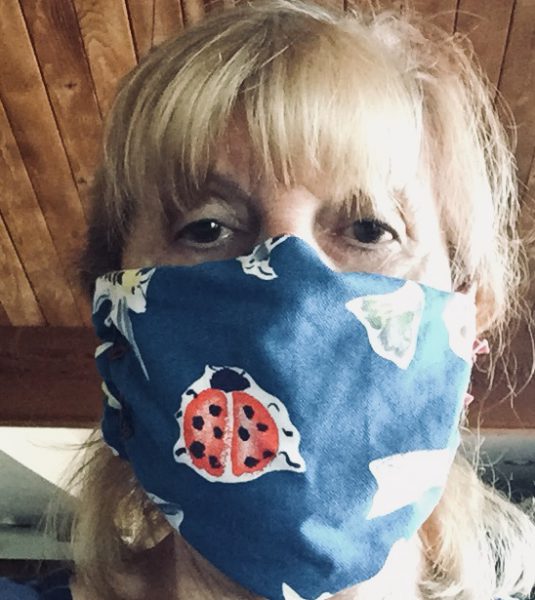 By Trudy Josephson
February is Black History Month and many communities around our nation embrace it in different ways. Laguna Beach has but a few African American residents and I am learning of some very unfortunate and inhospitable treatment that has recently happened to some of our Black neighbors. I find this tragic and I truly hope that we all will embrace our cultural and racial diversity. Laguna has always been, in my memory, a very tolerant community.

We are in the beginnings of starting a citizen’s committee to promote cultural and racial diversity and acceptance. What follows is a true story from newly 70 years ago:

It was in the mid 1950’s that Arnold and Bonnie Hano arrived in Laguna Beach having driven across the country with their 18-month-old daughter, Laurel, and their pet dog Cleo.

As folks do when settling into a new community, and in this case, thousands of miles away from their New York digs, the job of finding a new barber was necessary for Arnold. He had tried a shop or two before happening upon Leo Phillipson one day while strolling the beach. Leo was a Lebanese immigrant and also a barber, right here in town. Leo became Arnold’s new find for that day.

In this time frame of the 1950’s, Laguna Beach, before Arch Beach Heights, Bluebird Canyon or South Laguna had been annexed, had a population of maybe 7,000 people. There were two communities of African American families at that time, one on Woodland Drive in the Canyon and another on Ocean Avenue not far from where Anastasia is now. Arnold estimates that there may have been somewhere between 14 to 16 Black families in total. Arnold learned that barber Leo had a clandestine evening job of cutting the hair of one of the men in this Black community. Jim Jones lived in one of the little places on Ocean Ave and was considered by many on that street as the unofficial mayor of Ocean Avenue. He would inspect the street on a regular basis, to make sure things were neat and tidy and inform anyone if he found their places not up to snuff. Jim Jones was the man that would come to Leo’s barbershop in the dark of night and Leo would pull the shades so that neither would be found out. The other Black men in town had to drive to Long Beach or Santa Ana to get their hair cut if they wanted a barber to do it.

Arnold found this to be appalling and set out to coax the six barbershops to cut the hair of their Black neighbors. He was told that they would lose their white clientele if they were to do so. This wasn’t good enough for Arnold. He went to City Hall to talk with the City Clerk Ed Beaver, to find out about any anti-discrimination laws that might be on the books. Mr. Beaver pointed him to the Accommodation Law that stated a shop was not allowed to discriminate. He informed each of the barbershops in town about the law, but they were still holding firm. He then formed a plan on one particular day, to position six two-man teams, one white man and one Black man, outside of each of the six barbershops to wait for an opening. As suspected, when an opening occurred, the barber would only invite the white man in. Arnold spoke to the police and the press about this problem and their two-man project proved that the barbershops were, indeed, discriminating. From that point on, they had to cut the hair of any customer that would come in, regardless of race. This is how the barbershops in Laguna Beach became integrated. This was just the beginning of Arnold Hano’s activism in our town. A busy man soon to turn 99 years old. Laguna Beach has been a culturally, religiously, and racially diverse community for a very long time. I’d like to think that we are also a very tolerant community, but then, I’m a white person of privilege so maybe I’m wrong on that point. Being such a community of tolerance is something to strive for, nonetheless.