Making a Difference in Laguna

Exceptional service of a spiritual nature is recognized each Thanksgiving by the Laguna Interfaith Council with its Making A Difference award. The prize, first awarded in 2019 to our much-missed Ann Richardson, has an interesting history.

It begins with Alfred Nobel, the inventor of dynamite, who got rich building armaments for war. To polish his legacy, he founded the Nobel Prize, awarded in five categories including contributions to peace. Sir John Templeton, who made his fortune in mutual funds, thought a sixth category was needed—for contributions to humankind of a spiritual dimension. He created the Templeton Prize, first awarded to Mother Teresa, with a 2020 cash award of $1.4 million.

Laguna’s Making A Difference award is our version of the Templeton Prize, though regrettably without the $1.4 million check. Here’s the backstory for this year’s winner, Pastor Jay Grant. Grant grew up in Cowan Heights with two brothers and three horses when it was just orange groves. After graduating from high school in 1960 he moved to Balboa Island, then down to Laguna. Grant rented a room in Laguna’s oldest home, 154 Pearl St., for $60 a month. The shower was outside, but the surf was just steps away.

This was the Vietnam War era and over in Costa Mesa, under a giant tent, Pastor Chuck Smith was reaching out to alienated youth with a charismatic form of worship based on music and impromptu Bible teaching. It was a historic revival, part of the West Coast’s Jesus Movement that spread across our country and beyond. Young people were moved by the spirit of God, including Grant, who in 1971 consecrated his life to Christ.

At this time, Mike Montgomery’s Laguna Church was serving hippies in the Canyon. Grant met his wife Nikki, a jewelry designer and founding member of our Sawdust Art Festival, there and they married in 1974. He was ordained a minister after attending a seminary and served in the Laguna Church, taught at home churches, wrote a faith column for the Coastline Pilot newspaper, coached youth sports, pastored at Laguna Niguel’s Vineyard Community Church, and then for 19 years at our Church by the Sea. Over the years, Nikki and Jay have been mainstays of the Sawdust Festival. Grant is currently associated with Don and Karen Sciortino’s Net-Works Church, serving the homeless.

Grant is described by others as a “prayer warrior.” For nearly 20 years he led a prayer group called “the upper room,” and for 25 years has helped with the National Day of Prayer service by city hall. The Grants’ Canyon Acres home burned in the 1993 Laguna firestorm. As the city rallied to get everyone back on their feet, Grant “came to love Laguna even more.” Looking back over a half-century serving Laguna, Grant says, “I’m incredibly thankful to God for my family, for my beloved city, and for wonderful Laguna Beach friends. I don’t think I could have lived a better life.” There’s meaning in that.

Skip fell in love with Laguna on a ‘50s surfing trip.  He’s a student of Laguna history and the author of “Loving Laguna: A Local’s Guide to Laguna Beach.” Email:  [email protected] 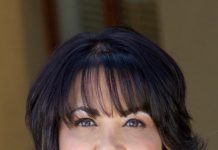