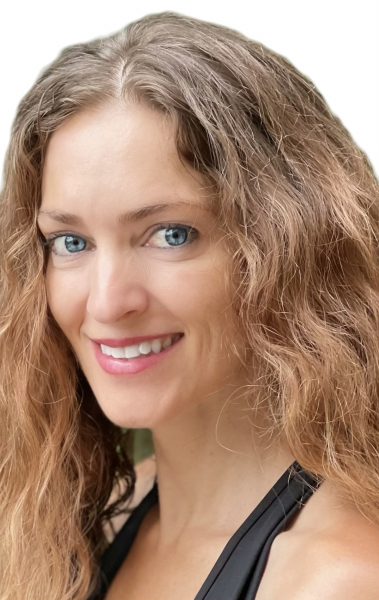 I would like to think it was a food delivery mistake, that at midnight when there was repeated banging on our door that woke and frightened us, that it was just someone delivering food to the wrong address.

But it is hard to not question if you are actually a racist who saw my African American husband and thought that it would be appropriate to leave fried chicken on our doorstep to let us know we are not welcome.

If this is the case, my heart goes out to you. I have deep compassion for you and how hard it must be to carry the burden of hate necessary to justify your actions. I know that if I had your experiences, your relationships, your genetics, your life, I would be you—full of fear, the very kind that feeds and justifies racism.

And this part of you, the fear part, I completely understand.

You see, I was home alone with just our children when it sounded like you were going to break through our door. I was watching from our stairway window when your car sped away down our otherwise quiet street.

The sun is now up, but I haven’t slept at all. I spent the night in fear, checking doors and windows after I had finally calmed our barking dog and reassured my daughter everything was OK, that I would keep our family safe. I held my phone with 911 ready to dial, afraid that if I dozed off I would break my promise. I spent the night constantly questioning if I was over or under-reacting, trying to assess the danger of the situation.

At the time, I didn’t know about the fried chicken.

This isn’t the first time our house has been targeted as a protest that we live here, in a privileged white neighborhood in a privileged white beach town. This house has been vandalized before.  At first, I didn’t identify it as racism. But the longer I experience life married to a Black man, the harder it is for me to have generous assumptions about people’s motivations—like the possibility of fried chicken being a delivery mistake or vandalism being a random teen prank.

Although I desperately want to believe the kinder storylines about my species, the only way to change our world is to first accept reality just as it is. We can’t fix what we deny is happening.

When my husband drives in his car or walks down the street, people watch him. Although our town tends to be very open-minded and accepting, it lacks diversity. As a Black man, he stands out. Because it is an expensive place to live, it is no shock there are few minorities that live here.

Systematic racism exists and functions even in towns where people are nice.

Beyond minorities having access to less resources in general—making it harder to afford the mansions that fill the beachfront streets and neighborhoods—there is still housing discrimination going on today. This includes the kinds of loans offered and the places real estate agents will even show to minorities.

Once, I went to visit my husband’s beach house before we were married and I noticed the only photos displayed were the few he had of me and my white family. He typically had many photos of his own family throughout the house. They were all taken down. I asked him why, and eventually he told me. I could hear the sadness in his voice.

He was getting the house refinanced and had to get it appraised. The process requires three different appraisers to come to the house and then it gets refinanced based on adding the three values up and dividing it by three. It is common for there to be small discrepancies between the three independent appraisers. However, when the first appraiser showed up and saw my husband leaving the house, and then saw his home filled with African American faces smiling in family photos, he valued it at $650,000 less than the Zillow estimate.

My husband explained to me that if a Black person lives in a house, it is automatically worth less. He had his Realtor go in and stage the house to make it look like a white family, my family, lived there. Sure enough, the two appraisers that came after it had been whitewashed matched the Zillow estimate almost exactly.

He was choked up when he said, “I really thought we were over this. But every house I have ever sold, I have had to make it look like white people live there. The assumption is, if a Black person can afford it, it must not be worth as much. It doesn’t matter how many degrees I have or how financially successful I am, I’m still Black and I’m still punished for it.”

For years he has been sad and hurt but not surprised with the kinds of discrimination and micro-aggressions he and others are forced to endure. I could see his disappointment in believing for a brief moment the world had improved.

In the beginning, he asked that I not tell anyone. He must have sensed my first thought was we should tell everyone! Everyone needs to know. This has to be fixed. This isn’t right! And then, with a sudden rock in my gut, my white privileged-self realized what he already understood.

There have been marches, and movements, and laws, and news coverage about the disturbing inequality in our country. How would this story make the picture of racism any clearer? This was a papercut compared to the innocent unarmed African Americans that are gunned down and killed by citizens and police officers.

If horrific unquestionable acts of racism won’t motivate the necessary revolution of equality to happen in our country, what can your fried chicken do?

My teenage son has an appointment and so we are driving in the car. He tells me about his history class in school. His teacher told the students how little racism exists in our town. My son, who absolutely hates speaking in class, knew he had to speak up. It’s the keepers of the silence that must be vulnerable and brave to change the narrative.

When there is a discrepancy between what is spoken and what is unsaid, the truth lies in the silence. And the only way to make them congruent is to really listen and then to speak up. My son felt people needed to understand racism isn’t a thing of the past or something that only happens in other, less progressive towns.

It is the hundreds of small stories that go untold leaving the picture of racism incomplete. It’s the stories that are embarrassing, hurtful, and sometimes ambiguous, like the fried chicken.

When we got home, I thought of my son’s courage, and I knew what I needed to do. I called the non-emergency police number. I told the officer how reluctant I was to call. I knew knocking on a door wasn’t illegal, nor was fried chicken. More so, I knew calling meant I had to tell my husband, and I wanted desperately to shield him from the hate of the world, at least in our own home. The officer said he would come out the next day to finish the report.

My husband and I can hear the police vehicle come to a stop in front of our house. We decide to walk outside and meet the officer to finish the report.

When we get outside, we see an officer walking toward us with an orchid in his hand. From far away he says, “We come bearing gifts.” Two other officers soon join him.

My eyes start tearing up. So do my husband’s.

They told us how deeply upset they were, how personal it felt to have this happen in the community they vowed to protect and serve. The officers said they wanted us to know how grateful they are to have us living here, how important we are to our community, that we are not alone, and that love is bigger.

I could feel the personal stories of generations of racism falling in the tears of my husband as the officer handed him the flowers and card.

I know these police officers don’t make the entire world right, or even our small town. But they show the impact that is possible when we act from a place of love and common humanity. They highlight those who are working and creating the better world we talk and dream about.

We stayed outside talking for almost an hour. I took a photo of my husband and the officers standing by the front door under our huge rainbow pride flag. I thought about the English adage, “A picture is worth a thousand words,” and thought, with everything going on in our world right now, this photo has to be worth at least a million.

When we got inside, we opened the card which read, “We are with you.”

I have yet to read four words that contain more compassion, support, and love. What the police force did was transformative. They took the ugly of the world and made it beautiful. So ask me again what your fried chicken can do?

Melissa is a Laguna Beach resident.