A Secure Inner Home for the Holidays 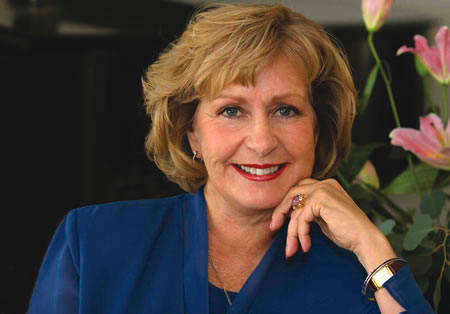 I remember the intense feelings generated by the Christmas season when I was a teenager in New York. The stark black tree limbs covered with clinging snow, the crunch of frozen white crystals under my feet, and walking in the dark from the train station after school, created an unwelcomed feeling of loneliness.

Actually, I lived with a crowd. At that time, I had an older brother, me, then two more brothers, two more sisters and another brother, so company was never an issue. Privacy was.

It was quality connection that I wanted. The Christmas festivities and the general spirit of the holidays all conspired to conjure up a deep longing to be cared for, loved, and special to someone.

I longed for true love and romance. While other girls were discovering their innate talents and interests, I dreamed of being Cinderella. When I wasn’t fighting with my brothers, I daydreamed and tried to be patient as I waited for my prince to come. At fifteen, living in Prince’s Bay (for real), Staten Island, New York and attending a private girl’s school, my chances seemed limited.

I was sure that I was the only person that never would fit in because I was unable to be like those around me, who seemed so confident. One of the issues was that I started high school at 12 years old, so I was in over my head, pretending to be older to keep up with my friends.

I felt inept. I was careful about how I dressed and what I said. That worked for a bit and then all at once it would feel like I had been hit by an invisible ugly stick, all my confidence would drain out, replaced by an overwhelming desire to melt into the floor.

These intense internal experiences were scary and absolute proof that there was something terribly wrong with me. I felt doomed to a life of solitary confinement within my own personal nightmare. I had no words to express all of this and no one who was interested in hearing it anyway, so again, I just suffered in silence.

In the meantime, I went to school, had friends, was a cheerleader, took leadership positions in my class, went to dances, went out on dates, fought with my brothers and was perfectly normal on the outside.

My mother used to call me a “street angel, house devil” which sums up my battle between self-consciousness and self-determination, or what my parents called strong-willed and willful.

The difference between that young girl and the woman that I am today can be summed up in this way. I am relationship-oriented. That has not changed. What has dramatically shifted is my understanding, backed by personal experience, that it is my responsibility to husband my own feelings, to motivate my mind into more expanded and generous leaps of faith and to learn to appreciate and savor the simple pleasures that surround me.

When I was young, my marriage and my family was my over-riding purpose. As a result, I became a stranger to the resources of my own nature and instead, linked my talents and energies to the task of fueling and supporting others dreams.

Personal solidity requires that we enter into a sacred partnership with ourselves. Soul-centered becomes an intent, rather than self-centered or other-centered, and requires us to nurture a deep and fertile relationship with that “still, wise, inner voice within.” When we learn to trust and act on our own inner wisdom, deeper involvement and connection naturally flows outward to our partners, our families and our friends.

Susan has been a Laguna Beach local since 1986 and is a leadership development author, trainer and clarity coach, Reach her at: susanvelasquez.com.