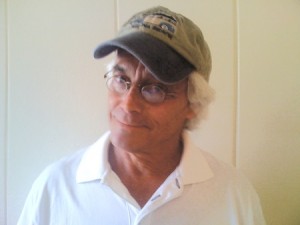 Laguna Beach.  Another perfect day in Paradise, but there isn’t any parking.  Back to the airport kids. We’ll just make do in long-term parking. Our vacation will still be fun.  You’ll see.  Will play license plate switch and call in BOLOs (Be on the Lookout) to the local authorities.  That will put competing Laguna Beach tourists out of commission and help free up parking spaces.  Remember it worked in the Hamptons.  No reason the west coast is any different.  Get my Allen wrenches out of the trunk.  The fun is about to start.  “What state is the Sunshine state?  Switch that for the Land of Lincoln over there.”

Meanwhile back in Laguna Beach, a top notch consulting team was outlining steps to maximize the use of existing spaces to a crowd of 50 people, whose 50 significant others were driving around looking for a place to park.  In a display of impromptu consulting, the consultants skyped in the 50 significant others with the good intentions to find parking before the meeting ended.  Unfortunately all 50 were cited for using mobile devices while moving.  The cars were impounded and taken to airport long term parking to await new license plates from the Keystone state.

Meanwhile back in Laguna Beach, the 50 people in the meeting became worried about securing new transportation to get home and finding 50 new significant others that still had wheels to get them there.  The meeting quickly morphed into a speed dating event that concluded with new rides home for all attendees, but not before concluding the last order of business which was to expand the trolley service for their 50 insignificant others.

Mark is a transplant to Laguna from Chicago.  He occasionally writes the guest column “Pet Peeves.”  His recently deceased Border Collie, Pokey, is his muse and ghostwriter.