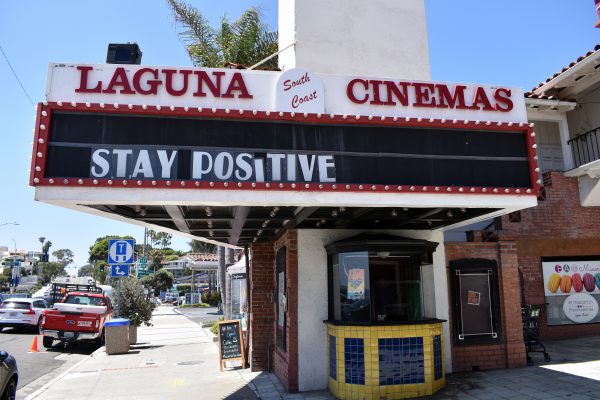 By Lou Ponsi | Special to the Independent

Despite objections by The Laguna Beach Historic Preservation Coalition, the Planning Commission on Wednesday unanimously approved plans to renovate the 1920s-era movie theater on South Coast Highway, in the heart of downtown.

The theater has been shuttered since 2015.

Rivian, an Irvine based electrical vehicle manufacturer, was given the go-ahead to transform the theater, which host films and stage performances for the public as well as serving as a meeting space.

The two-story building across the street from Main Beach will also house a retail and food and beverage space.

Rivian plans for an opening in late 2021.

“I’m really excited about the project,” Commissioner Jorg Dubin said. “I’m happy that the theater is finally going to have something going on there instead of it being empty. I’m fully in favor of the project moving forward.”

Major renovations include the removal of the existing two-screen, 653-seat cinema into a single, 127-seat auditorium. The theater will host up to two film screenings per week and will be available for film premiers and speaker programs to be held quarterly.

The proscenium arch and stage will be restored to its original condition and the original star-shaped ceiling light fixture will be restored and re-located to the auditorium. New skylights will be added and the front entry hall will be redesigned to accommodate Rivian programming.

Two Rivian electric vehicles will be on display in the lobby and an elevator will also be added to allow for access to the second floor.

Rivian also plans to host art exhibitions in the lobby and in the upper level balcony area in conjunction with First Thursday Art Walk.

“I think this is a very creative re-use of the building that is otherwise economically unfeasible,” Commissioner Steve Goldman said. “I think the city is very fortunate to have Rivian do this because in a sense, they are providing the city and the  community and the tax base. They are providing value and benefit somewhat as a lost leader in order for them to achieve their primary objective to have a unique project to promote their brand and market their products.”

Believed to be the first concrete and steel structure in the city, the theater was constructed in 1934 by the Aufdenkamp family and named the New Lynn Theatre when it opened in 1935.

The theater has been operated by several owners over the years before closing about six years ago, due mainly to the costs of upgrading the projection room to a digital format.

Commission Chairwoman Susan McLintock Whitten voiced strong support for the project, saying the theater would help rejuvenate downtown. “I think it’s a great use and in the perfect location,” Whitten said. “I think it’s very symbiotic with Laguna, Laguna’s values, community, sustainability and education. It’s relevant. Its timely. This is the beginning of a new era of hopefulness and this project ties into that in a broad way and in a very local way. It’s an anchor for the reinvigoration of downtown.”

The Laguna Beach Historic Preservation Coalition, in a letter sent to the Planning Commission, objected to the current proposal, saying the project doesn’t retain enough of the theater’s original historical elements.

While the project includes “very welcome restoration of some features, it is more aptly characterized as a substantial remodel that involves the demolition of historic spaces, features, materials, and finishes,” the letter stated. “The Coalition has no objection to Rivian as an owner or tenant, or to the uses, in principle, to which they propose to put the property. But what is proposed is too much for a building whose historic significance is intimately connected to its history as Laguna’s main and, for many decades, only movie theater and to its association with a family whose business was bringing the movies to Laguna.”

However, Commissioner Anne Johnson said the theater’s renovation was never meant to be a restoration project.

“That wasn’t what any of us expected, I don’t think,” Johnson said. “The project I think is a great example of adaptive re-use and rehabilitation.

“Without a project like, this, we would just have a vacant building,” Goldman said. “I would much rather have a vibrant and active building that embraces the community that provides fiscal benefit, that is unique and makes a statement (about) our city, rather than a vacant building that will decay in order to preserve historic standards that I think the majority of the town, including me, doesn’t completely understand.”