Perhaps the previous seven days were the most important in the life of Lesley  Domiano. The 66 year-old Laguna Beach resident organized three separate events in town last week to lure a potential bone marrow donor for a transplant she absolutely needs if she is to see 2013.

She packed them altogether because this past Monday Domiano knew she would be submitting to yet another chemotherapy session and unable to meet donors face to face. “And I really wanted to meet all the people that came to be potential donors,” she said on Wednesday at Mozambique restaurant, which hosted a donor invite on her behalf. “I am so blessed that the community where I live is so amazing. You cannot believe it touches me! It makes me feel so good about the world.”

Domiano’s life has been a battle since she was diagnosed with myelodysplastic syndrome, a rare type of cancer known as bone marrow failure disease. She thought the most difficult part was behind her when she went to remission for more than a year. But last August, the disease reoccurred. Recently, she was told she would need a bone marrow transplant to live more than four or six months.

“I do not want to think about it,” Domiano said.  “Time is really important because if we find a donor, I have to be in good enough condition to receive and recover from the surgery.”

Laguna Niguel’s Bob Castaneda, also 66, knows exactly what Domiano means in her appeal and even more about its likely consequence. He was among those present at Mozambique to boost her morale. Seeing hundreds of people offering up a swab of cells from the inside of their mouths to serve as potential donors provided needed encouragement, he said.

After battling leukemia for four months, Castaneda became a bone marrow recipient in 2009. “The two months following my bone marrow transplant were the most difficult months of my life. But I had no choice. It was that or I was going to die,” said Castaneda, who feels lucky to be alive and appreciates every day. The transplant literally changed his life. “Before the transplant, my blood type was O+ and now it is A+.”

Besides playing the odds to find a suitable genetic donor, Domiano’s quest also must conquer myths about marrow transplants, said Jessica Acosta, a spokeswoman for the National Marrow Donor Program.

Donors do not require surgery, Acosta said. “Today, the patient’s doctor most often requests a peripheral blood stem cell (PBSC) donation, which is non-surgical,” she said.

The other way bone marrow is donated is by extracting cells and even in that case, most potential donors don’t understand the process, she said. “We do not touch a bone in the donor’s body. We just take some liquid and it self-regenerates in about 40 days,” Domiano said.

Domiano’s best potential donor is a man from Eastern Europe between the ages of 18 and 45. “They are looking for the same DNA, so they look into your roots and mine were also from Europe,” she said.

Learning if you are a potential donor is easy: fill out forms giving the donor program permission to check medical records and swab cells from your mouth. “The chances that you will be called later are thin, but if you are we will check if you still want to donate, do some physical tests to see if you are able to donate and then you can safe a life,” said Acosta.

Now, Domiano must wait up to six weeks to learn if anyone who offered up cheek sells can also be her life line. In the meantime, after she recovers from this week’s round of chemotherapy, she intends to continue to raise awareness about cancer. “When we discovered I had cancer, I had no symptom at all. That is why I always recommend people to do an annual test.”

If you want to help Domiano finding a donor, visit http://Join.Marrow.org/4Lesley. 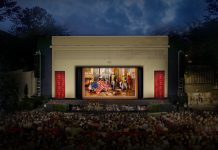 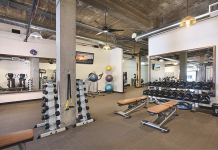