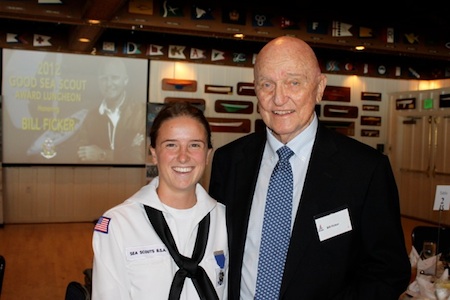 Liz, who became a Sea Scout quartermaster earlier this year, described the program to the crowd of 100 people. Ficker, a supporter of youth sailing, congratulated her on her accomplishment.

Flicker was introduced by lifelong friend Seymore Beek, whose family established and runs the ferry service between Balboa Island and the Newport Peninsula.