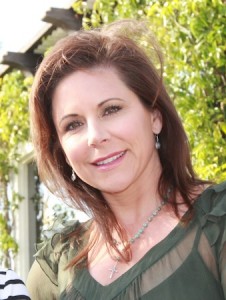 Chris Quilter argues in his Sept. 28 column (Son of Susi Q, “Cavorting Season,” that it somehow is a negative development for Laguna Beach that city council candidate Steve Dicterow has been endorsed by Congressman Dana Rohrabacher.

Quilter’s premise is that anyone who disagrees with Rohrabacher’s positions on national issues should hold that against Dicterow, as if it is a political liability for our local leaders to be able to work with the member of Congress who will represent Laguna Beach in Washington and on Orange County focused federal policy matters affecting our town.

I must first, however, address the fact that Quilter’s column reveals the need for a civics lesson 101 so we can speak intelligently about these matters. I refer here to his statement that it is “By a strange twist of redistricting Rohrabacher is now our congressman.”

The creation of a bipartisan commission to define new electoral districts based on “communities of interest” instead of the old corrupt gerrymandering system was not a “strange twist of fate,” but rather resulted from a vote by the people of California to reform the reapportionment process. In addition to viewing our constitutional process as “strange,” Quilter mistakenly states that Rohrabacher is “now our congressman,” even though the election to choose our representation for the new district has yet not been held. Our current Congressman John Campbell no doubt would be surprised that Quilter has already designated Rohrabacher to be our congressman before the general election has even occurred!

In regards to the endorsement, Rohrabacher did not make it contingent upon an ideological litmus test, rather he endorsed Dicterow primarily because Dicterow’s 12 years on the city council showed a proven track record as a true fiscal conservative. As Rohrabacher stated at Dicterow’s well-attended campaign kick-off event, “we need to re-build America from the ground up, not the top down, and local government fiscal responsibility is where it begins, so I will work with Steve to promote local autonomy and economic recovery.”  Sounds pretty good to me.

The fact is, Rohrabacher garnered 66% of the 2012 open primary vote in which Republicans, Democrats and Independents cast ballots. Odds are he will be our next congressman. And anyone who understands the forecast for federal, state and local budget retraction and increased taxes in the years ahead would have to conclude a good working relationship between our local leaders and our congressman would be a positive development for Laguna Beach.

It seems to me that Quilter’s column grandly rejects the idea of working with Rohrabacher based on Quilter ‘s own ideological litmus test, and yet his only specific complaint against Rohrabacher is that the congressman will not “bring home the bacon” for Laguna Beach. Obviously, Quilter does not know much about Mr. Rohrabacher, who is one of the few Republicans in Congress who does not support the GOP policy against any and all forms of line items in the federal budget for his constituents. Rohrabacher has a long record of fighting for lower levels of federal spending, but once budget levels are established he believes it is his job to ensure residents and cities in his district get a fair share of federal dollars.

If Mr. Quilter wants to support informed democracy he should get his facts straight about the actual positions of the leaders he criticizes, and go back to school on how the reapportionment and transition to a new Congress works under our Constitution.

In my opinion, having a representative on our local city council who can work well with our congressman is not only a great idea, but one that should be supported at the ballot box.