“I have to tell you, I’m not a drug counselor. I’m a judge. And yet I feel my days are consumed, and most of the criminal judges will tell you, our days are consumed with dealing with drug offenders, drug cases,” said Judge John Adams, adding that it’s a trend that has been escalating for 12 years.

Adams and a panel of other experts are bringing that warning to students, their parents and the community during a first-of-its-kind panel Monday, May 12. The 6 p.m. presentation in Laguna Beach High School’s Artists’ Theatre is sponsored by the OC Sheriff’s “Drug Use Is Life Abuse” program. 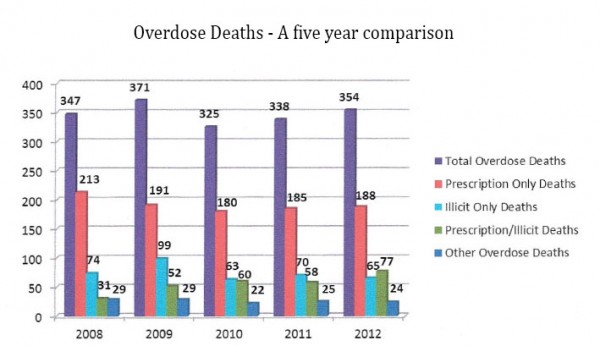 In a nod to the former MTV show, “Laguna Beach: The Real Orange County,” the panel discussion is called “OC Reality, Electronic Cigarettes and Other Drug Trends ‒ What Every Parent and Student Should Know.”

As part of the presentation, a 1991 LBHS graduate will unravel her tale of becoming a crystal methamphetamine addict at 19. “At the beginning, I was just having fun, smoking a little weed, drinking a little alcohol, and then it turned into something way beyond what I could handle,” said Heather Person, now 41 and studying to become a probation officer in Drug Court, a county rehab program she credits for saving her life.

The presentation will also feature a short film, “Overtaken,” also about addicts; Dr. Michael Ritter, head of Mission Hospital’s emergency room, where teens on drugs are left at the door by friends too scared to get involved; and Deputy Sheriff Brian Gunsolley, who will talk about confiscating drugs inside schools.

As Adams sees it, part of the problem is a drug permissiveness that pervades beach communities.Heroin is cheap, about $5 a tab, and kids are getting addicted and then selling it to support their habit, said Adams, who hears from 20 to 40 felony drug cases a day at the Westminster Justice Center.

Adams concedes that the argument over marijuana as a gateway to opiates is highly debated yet he maintains it exposes young people to a dangerous drug culture, as it did Person.

The results he sees are repeat offenders addicted at a young age to highly addictive and potentially life-threatening drugs.

Over the past 28 months through April, local youth ages 12 to 17 made up 29 of 80 drug-related contacts by police, most of them marijuana-related, said police Capt. Jason Kravetz.

The event will also reveal a poster of 36 young adults who lived in South Orange County and died from drug overdoses in the last several years. Their faces will scroll down the screen after the showing of “Overtaken,” said producer Christine Brant, who received permission from each parent. Prescription drug overdose is a South Orange County anomaly, according to Brant, also a board member of Drug Use Is Life Abuse. “It’s not as prevalent in north Orange County,” she said.

Each year for the last five years more than 300 adults died from prescription drugs, according to statistics from the coroner’s office.

While heroin and meth offenses are the fastest growing part of Adams’ caseload, more disturbing to him is the epidemic of overdose deaths from prescription drugs and the number of young people charged with possession of opiates, such as Hydrocoto , commonly known as Vicodin, and Oxycoto (Oxycontin), which can cause a person to stop breathing.

Doctors are collectively recognizing that they “too freely” prescribe addictive medications for pain management, Adams said. “They may have been used for a day or two, and the pills remain in the medicine chest and the kids have access to them,” he said.

Adams hopes to make the presentation a model for schools around the county.