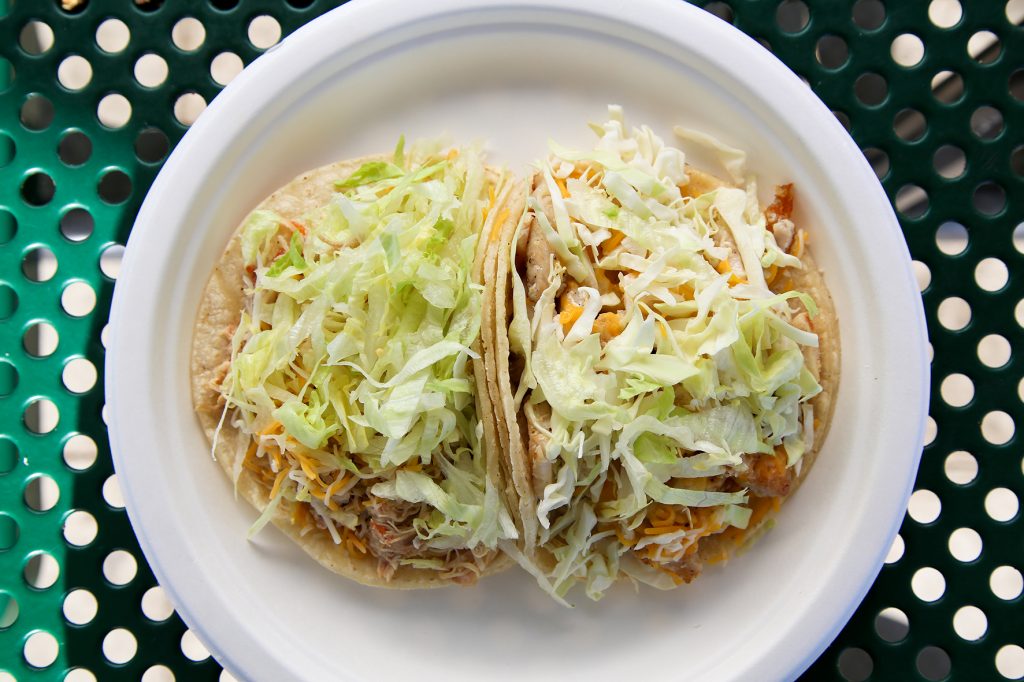 When some of Laguna’s top chefs aren’t cooking in their own restaurants, they can be found in someone else’s. Take a look at their not-so-secret indulgences around town.

When one of Laguna’s acclaimed chefs—who has bona fide culinary credentials and can whip up just about anything their palate desires—recommends a dish at another restaurant in town, you can be sure it’s worth the trip.
Here, five local chefs share their guilty pleasures at local eateries, from tantalizing entrees to decadent desserts. So go ahead, take their word for it and indulge in some of these tempting treats during the holiday season, or any time. 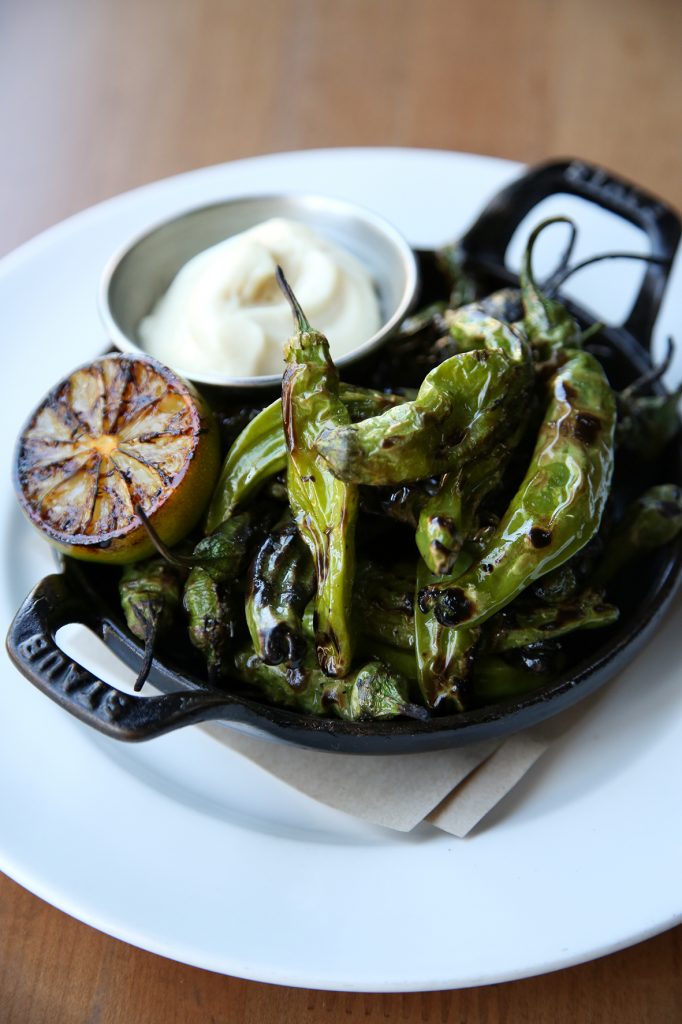 Charred shishito peppers are K’ya Bistro chef Craig Connole’s weakness when he goes out to eat with family at Three Seventy Common Kitchen + Drink. Craig has been indulging in this tasty small plate dish since the restaurant opened in 2011. “When we go there, the whole family eats them,” he shares. The mild Japanese peppers—about one in 10 pack some heat—are prepared with olive oil, smoke, lime, salt and aioli. “It’s just something I wouldn’t normally get, and you wouldn’t think they would be so good, but we eat them up like popcorn. They’re delicious,” he says. Craig and his family head over to Three Seventy Common every once in a while, but don’t need to reference the menu to know what their first order will be for the meal. “Every time we go back, we start with that,” he says. “… They’re a treat.”

Eva Madray, owner and chef of Eva’s Caribbean Kitchen, divulges that her favorite dessert is the bourbon vanilla bean panna cotta with strawberry sorbet, chocolate pearls and tarragon at Broadway by Amar Santata. When asked in August, she admits: “I have had [the panna cotta] twice in the last two weeks. … The tartness and sweetness of the strawberry sorbet; the beautiful, round, chocolate mounds when taken with a bit of strawberry sorbet … and a spoonful of panna cotta, for me [is] heavenly bliss in my mouth.” The treat’s taste is not the only thing that brings her back time and again, but also her friendship with the chef. “Amar and I can catch up on our lives and mutual friends in an hour after not being out and about for over eight months,” Eva shares. “Being with an old friend and eat[ing] his panna cotta … makes it all the more exciting. I can easily consume two servings on my own.” 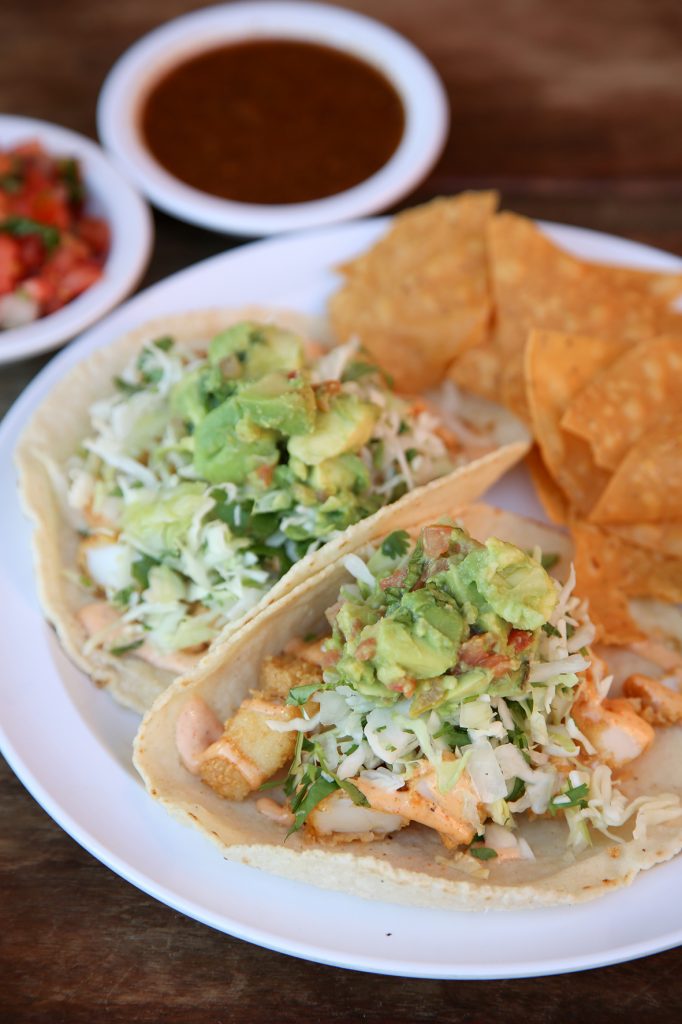 Cafe Zoolu co-owner and chef Michael Leech rarely has time to venture into Laguna’s dining scene because he works six nights a week preparing standout dishes for his own customers. But when he does have a night off, and doesn’t feel like cooking, he can be found at the same place every time: La Sirena Grill. The eatery’s Mexican food is so satisfying—and convenient since it’s located near his home—that Michael finds no reason to go anywhere else, even ordering the same dish: the calamari taco. The calamari is sauteed and served in a handmade corn tortilla topped with spicy aioli sauce, guacamole and “Sirena cabbage,” a blend of onions, cabbage and cilantro. “It’s tender, and they’ve got a great sauce on it and it’s chock-full of great stuff,” Michael says. “… They always seem to use fresh ingredients.” Michael may not go every single week, but finds himself grabbing dinner there “quite a few Mondays.”

Craig Strong, executive chef of Studio at Montage Laguna Beach, reveals that his guilty pleasure is Papa’s Tacos in Laguna Beach. Stopping at this hole-in-the-wall eatery for traditional Mexican food has become a regular habit for this 2009 James Beard Award semifinalist. “I go to Papa’s Tacos once a week and get either the soft mahi mahi or chicken tacos,” Craig says. “They are authentic and fresh.” The fish is grilled with a little salt and pepper, then loaded onto two 6-inch corn tortillas with cabbage and cheese. The chicken, which can be grilled or prepared “machaca” style—shredded and simmered with tomatoes and onions—comes with lettuce and cheese. Extra topping options include guacamole, sour cream, sliced tomatoes, homemade pico de gallo, hot salsa or extra cheese. “Try their hot sauce,” Craig recommends. “It is the perfect spicy hot sauce. … I tell all my friends about this place when they come into town.” 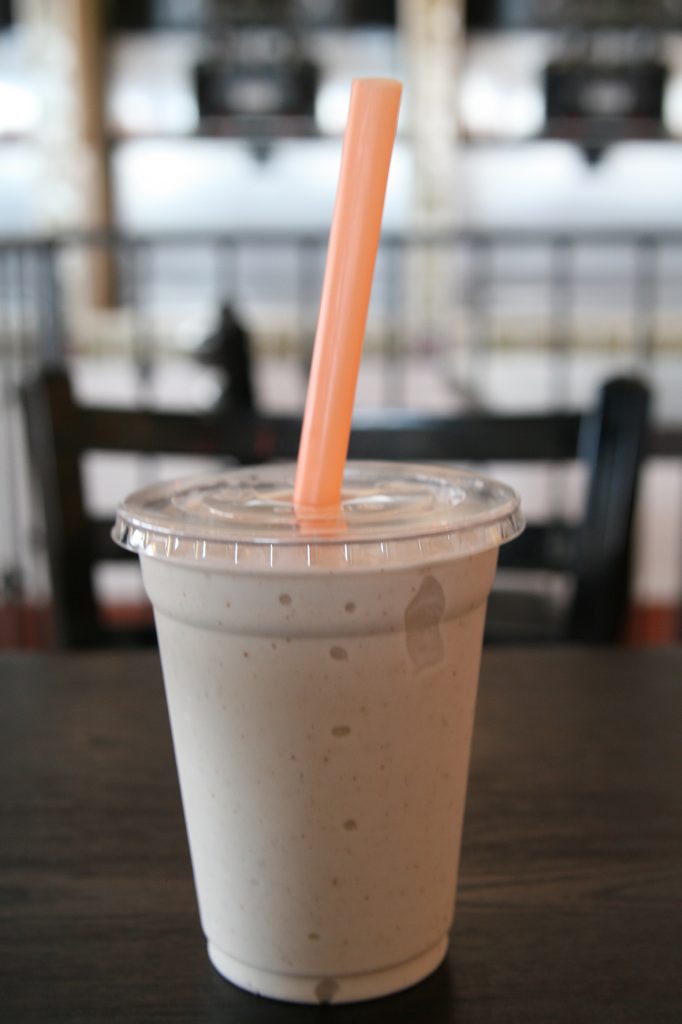 Maro Wood Grill may be home to Orange County’s favorite after-dinner indulgence—the restaurant won a 2014 Golden Foodie Award for Most Delicious Dessert (a dish called The Dark Horse)—but chef Debra Sims still enjoys sweet treats at other restaurants when she has the rare opportunity to dine out. The Le Courdon Bleu-trained chef, who combines a passion for sustainable, seasonal cuisine with a mastery of wood-fired grilling, typically works six nights a week, but when she has a moment to venture out, she enjoys the date shake at Active Culture. “That is where I get my sweet fix,” Debra shares. “I love the fact that they … make their own raw, organic almond milk. The organic dates give it such a sweet and chewy texture.” Vanilla frozen yogurt—organic, of course—forms the base for the shake, which also incorporates walnuts, although Debra subs those out for more slivered organic almonds. As she says, “[It’s] so yummy.”