Mr. Laurence, a crotchety old geezer in the musical adaptation of “Little Women,” calls them “those awful March girls.” Like everyone else, he, too, falls in love with the four sisters at the core of the story, especially piano-playing Beth.

Set in the Civil War era, the Broadway musical is based on Louisa May Alcott’s “Little Women,” which focuses on siblings Jo (Clair Howell), Meg (Marlena Becker), Beth (Ellie Glade), and Amy (Tessa Mansour). Though dramatically different from each other, the siblings share a bond of love frayed only by the untimely death of Beth.

Beth’s dream of owning a grand piano comes true, thanks to Mr. Laurence (Noah Patillo). Embodying impetuous Amy, Tessa appears to be a chip of the old block. Mother Lisa Mansour is a “Lagunatics” regular.

Older sister Jo, by contrast, an aspiring novelist with the mindset of a bohemian, rebuffs love and marriage until both, in the guise of Professor Bhaer (Zane Fair), catch up with her.

When Amy, in a fit of pique over a perceived slight, burns Jo’s manuscript, the scene is set for a story that easily transitions from the 1860s to the present.

The teenage cast tackles challenges of conveying the effects of rivalries, love, loss, war and inevitable adulthood with mature aplomb. (“Why did we have to grow up so fast,” sighs Jo at one point.)

Tatum Moore, 17, as Marmee, raises four daughters and then must suffer the loss of her husband and a daughter. “I have grown as an actress in this part by becoming older and wiser all around. Every word in these songs has so much intention,” she said.

The cast is a mix of relative beginners (Ellie) and stage veterans. Zane, 16, played Daddy Warbucks in “Annie.” “I seem to major in characters that go soft for some female,” he quipped.

College bound soon, many in the cast want to continue to pursue performing arts.

A senior this year, Noah envisions a career in theater education rather than performance. With a mild resemblance to Brad Pitt, Zane sees himself a film actor, but Connor McCombs (Laurie) vacillates between writing or pediatric medicine.

Aspirations aside, the cast is unanimous in their praise for guest director Karen Culliver, who has taken the reins for “Little Women” while drama instructor Mark Dressler directs “Arsenic and Old Lace.”

The shows run in repertory but with different casts, said Dressler.

Culliver is best known for performing as Christine in the “Phantom of the Opera” for more than eight years in several venues. Making her New York stage debut in 1983 in “Showboat,” she has appeared in other musicals, stage plays such as “Arsenic and Old Lace,” and films including “Preppies,” “Flamingo Kid” and “Falling in Love.” Musicals remain her forte, she said.

While Culliver consider the serious role of Christine as her best part, she discovered her own love for comedy when cast as Rosa Bud in “The Mystery of Edwin Drood.”

A Los Angeles resident, she said directing high school aged thespians has become a full-time career. “At 53 and a mother of a 17-year-old, I did not want to expend all the energy it takes to be a performer,” she said. Her daughter, Maddy Parks, is a student at the Los Angeles County High School for the Arts.

As a director, Culliver loves working with kids more than with adults. “They have such an exciting place in their lives. When they are really interested in something, they give it their all. It’s inspiring.”

Culliver’s guest director stints also include the Orange County High School for the Arts. “I will always teach kids even if I go on to something else,” she said. “The arts give them team work, problem solving skills, compassion, open mindedness and seeing humanity in its diversity,” she said.

“They learn about courage and following their passion.”

She’s also discovered a new passion: horses. “I do not ride but I love taking care of horses. They keep me grounded,” she said. “The kids don’t seem to mind my sometimes smelling like a horse when I rush into rehearsals,” she said, breaking into laughter. 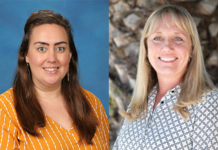 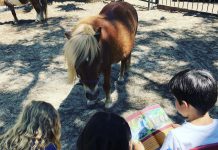