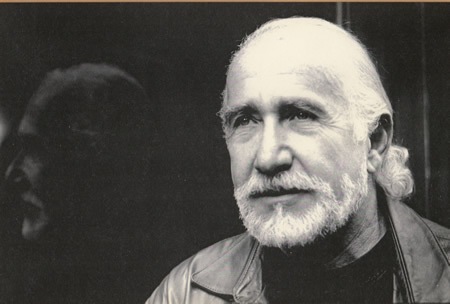 Armen Tigran Gasparian, a contemporary Impressionist painter, was born in Abadan, Iran, on the Persian Gulf of Armenian parents.

The family moved to Calcutta, India, where Armen spent his formative years in an English boarding school in Darjeeling, in the Himalayan Mountains near Tibet.

Gasparian went on to attend Calcutta Art Institute, Swain School of Design in New Bedford, Mass., and the University of Kansas, all of which purchased his work painted while at the schools.

Gasparian resided in Laguna Beach after moving from Hollywood to teach landscape and figurative painting at the school now known as Laguna College of Art & Design for seven years, taking students to study and paint in Europe, Mexico and other locations.

At his studio, Gasparian would meet and paint with other fine artists such as Roger Kuntz, Frank and Phil Interlandi, Paul Darrow, Armstrong, John Paul Jones, Dick Olden and Vincent Farrell.

Gasparian was an exhibitor in the Festival of Arts for 20 years while he continued to give workshops and enter many exhibitions. While in Laguna, he painted many scenic landscapes, such as his Newport Beach Dory Series and the California Series. He lost 30 paintings in the firestorm of 1993.

In 1985 he and his wife, Robin, bought a 300-year-old cottage with acres and a stream in England’s Cotswalds. It was there he painted still lifes and the English Landscape Series and returned to Laguna Beach to exhibit with representative Diane Nelson.

In 1990 they purchased an apartment in Paris, France, after which he did the Paris Bridge Series, also shown at Diane Nelson Gallery.  While in England and France, Gasparian painted for clients and his work is in many countries including Germany, Switzerland, Italy and England.

In 1998 they purchased a ruin in Pigna, Italy, a 13th century hill village above the Ligurian coast,  remodeling the structure into a beautiful home with a quieter lifestyle. During all the years of living abroad, he continued to return to Laguna Beach every year where collectors and friends were eager to see his work. In 2013, they purchased a home on Balboa Island and were planning to spend three months a year there.

Gasparian is survived by his wife, Robin Cone Gasparian; his children Armen T., Tag and Tara,  all of Southern California; four grandchildren and three stepchildren; sister Klara Maridon of San Jose and brother Fred Gasparian of Downey, Calif. He will be greatly missed by all.