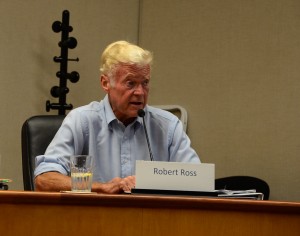 Next week local households can expect to see a surge in political literature in their mailbox from candidates making a special effort to capture the attention of those who cast their ballot by mail.

Though the Nov. 6 election is a month away, the county Registrar of Voters begins its distribution of absentee ballots on Monday, Oct. 8. Of the five candidates for Laguna Beach’s city council, the two who had amassed the most contributions early in the campaign have also prepared direct mail brochures to coincide with the arrival of mailed  ballots. This reflects a strategic shift away from the last minute flurries of slate mailers in recognition of the growing block of early voters.

“We are very aware that ballots will begin being mailed on Monday. Voters will begin receiving mail with that in mind,” said Verna Rollinger, an incumbent council member seeking re-election, who had $32,000 left in her treasury as of June 30.

More up-to-date filings of campaign contributions are due to be filed Friday, Oct. 5.

Challenger Robert Whalen’s campaign strategy also is weighted toward early voters, confirmed campaign manager Anne Johnson. “We are doing an absentee voter piece,” she said, as well as another mailer. Whalen had $38,000 stockpiled on June 30. Though Johnson lacked objective figures, anecdotally she believes the percentage of mail-in Laguna voters will increase in this election.

City council challenger Steve Dicterow says he isn’t factoring in absentee ballots in his plans. “People in Laguna are smart and educated. Even if they get the ballot early, they won’t vote until they get informed,” he said.

Incumbent Jane Egly intentionally keeps her campaign spending low and intends to send out one mailer only, said campaign treasurer Nancy Joseph. “It’s her goal to keep it in check,” Joseph said.

Mailed ballots exceeded those cast at the polls for the first time in 2010’s statewide primary, says the registrar’s website. Mailed ballots must be post-marked by election day. Because of the volume returned earlier, they are scanned into the registrar’s computers, but not tallied until after 8 p.m. on Nov. 6, said spokesman Ben Hamatake.

Besides deciding who will represent them on the city council, the ballot of Laguna residents includes choices on representatives to the 74th state Assembly district, the 37th state Senate district, the 48th Congressional district, the school board, the community college district and a tax measure on open space.

“Of all of the candidates, incumbents and challengers alike, Bob has articulated the strongest commitment to improving public safety, in particular disaster preparedness,” Bedolla said in a statement.