Artist William DeBilzan is inviting the public to celebrate the 27th anniversary of DeBilzan Gallery in Laguna Beach with a special artist reception on Saturday, July 27, from 6-9 p.m.

“It has been an incredible experience to be both gallery owner and artist. I really look forward to celebrate with the community where I got my start as an artist,” DeBilzan said.

DeBilzan’s paintings are based on thoughts and memories of real-life experiences. Though free of specific detail, DeBilzan’s figurative work aims to evoke a sense of recognition of people or places traveled. His faceless figures invite observers to step into the paintings and become a part of his story.

“Coming back to Laguna Beach is always a special experience for me, this is where it all began. Laguna Beach will always be a very special place to me. I am very thankful for the ongoing support of the community for nearly three decades,” DeBilzan said.

DeBilzan Gallery is located at 224 Forest Avenue. For more information, please the gallery at 949-715-0405, email [email protected], or visit www.debilzan.com.

On Saturday, Sept. 21, Laguna Art Museum will launch its second century with Gala 2019 from 5:30-11 p.m. at the Festival of Arts grounds in Laguna Beach. More than 350 guests will enjoy performance art, dancing, wines, and fine dining, hosted by Masters of Ceremonies Chuck Henry and Fritz Coleman.

Chuck Henry is co-anchor of Southern California’s NBC4 News. Henry has won dozens of awards and honors for his work as an anchor, host, reporter, director and producer. He received a Lifetime Achievement Award from the Television and Radio News Association, and other awards include Los Angeles Area Emmys, Golden Mikes, Los Angeles Press Club Awards and a national Cable Ace Award for Best Host of a Series. 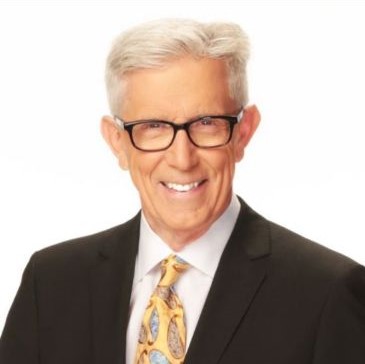 Fritz Coleman is NBC4 Southern California’s beloved weathercaster for the NBC4 News. He joined NBC4 in 1982 as the weekend weathercaster and two years later moved to weekdays, where he has been part of the longest-running evening news team with journalists Chuck Henry, Colleen Williams and Fred Roggin. A Southern California broadcasting icon, he is renowned in the region for his extensive knowledge of weather, his sense of humor and affable personality.

The museum will recognize longtime supporters and community philanthropists Jane and Joe Hanauer as the Honorary Chairs for Gala 2019, and will honor the acclaimed and beloved California artist Lita Albuquerque with its Wendt Award. Proceeds from the event ensure operating support for Laguna Art Museum to continue its mission to be the premier museum for California art and a center of culture for Laguna Beach.

The Laguna Playhouse has announced their Sounds of Summer line-up. Opening Wednesday, Aug. 7, The Rave-Ons will play the music of Buddy Holly including, “That’ll be the Day,” “Peggy Sue” and “Johnny B. Goode.” Band leader Todd Meredith starred in “Buddy: The Buddy Holly Story.” The show runs through Sunday, Aug. 11.

The music of Huey Lewis & the News, courtesy of tribute band Back in Time, arrives Thursday, Aug. 22, and continues with hits like“The Heart of Rock and Roll,” “Workin’ for a Livin,” “Stuck on You,” and “I Want A New Drug,” through Sunday, Aug. 25.

On Wednesday, Aug. 28, vocalist Michelle Berting Brett takes center stage accompanied by her seven-piece band of Nashville musicians directed by Harry Sharpe for “We’ve Only Just Begun: Carpenters Remembered” featuring hits that include “Close to You,” “Yesterday Once More,” and “Rainy Days & Mondays.”