Mozambique restaurant is stepping up its entertainment, offering touring acts a new venue. The Empty Hearts are the latest to take advantage and will perform on Thursday Nov. 20, a show that starts at 9 p.m. with tickets $25 at the door.

The band’s members are the Cars’ Elliot Easton, Blondie drummer Clem Burke, Romantics lead singer Wally Palmar and Chesterfield Kings bassist Andy Babiuk. They are including a stop in Laguna Beach as part of a tour promoting their first album, “I Don’t Want Your Love.”

The newly created band originated with Babiuk’s idea to write and play new songs that took their musical cues from the bands that inspired them as teenagers, such as The Beatles, The Stones and The Kinks.

While Mozambique’s sound system is a treat for performers, the standing room only venue has limitations for patrons. Even so, Saturday’s show by the Emmy-winning Liverpool band Flock of Seagulls is sold out. 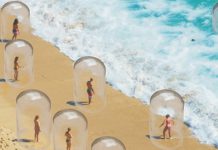