Many Laguna Beach High senior athletes have received well-deserved honors and recognition in recent weeks and the talent of the class of 2020 is quite impressive. The COVID-19 shutdown that cancelled the Spring 2020 high school sports season ended the high school careers of some exceptionally gifted athletes on what should have been the defining sport season of their high school careers. The following four are among those who made a difference these past four years at Laguna. 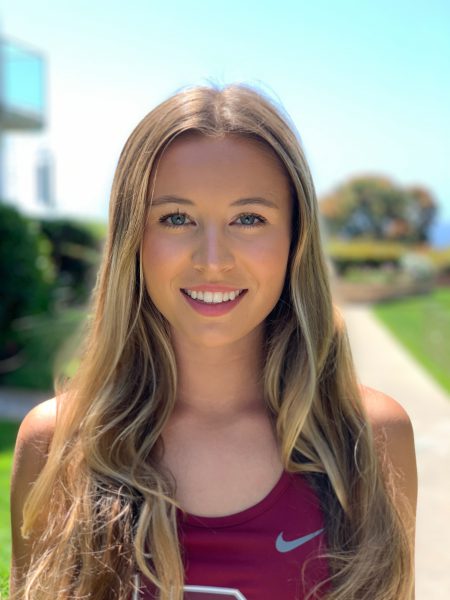 Peri had a remarkable four-season career on the sand and two stellar seasons indoor before concentrating on the beach. She signed with and will be attending UCLA (NCAA ranked second in 2020) next season. In sand volleyball, she was 36-3 all-time in her pairs play in the team matches. In 2018, she teamed with Lexi McKeown to win the Interscholastic Beach Volleyball League (IBVL) high school “Queen of the Beach” honors as the top high school pair for Southern California. In 2019 she captured the title again with teammate Piper Naess. Laguna finished second in the State in 2018 and 2019 losing to Mira Costa in both matches. Their 2020 Main Beach home match with the Mustangs was a casualty of imposed COVID shutdown. In indoor volleyball, Peri was a second team All-Orange Coast League selection as freshman and earned first team honors her sophomore season. Her two-year numbers placed her second in the all-time in career serving accuracy at .964 and number five all-time in assists per set played (859 in 149 sets). 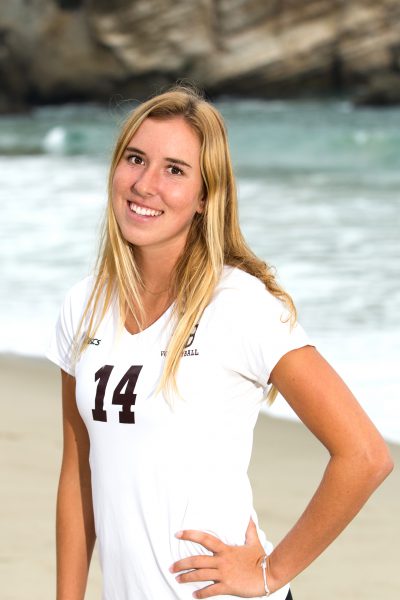 Piper signed and will attend Cal Poly, San Luis Obispo (NCAA Ranked fifth in 2020). This four-year, two-sport athlete would have excelled in any high school sport she wanted to play. In sand volleyball, Piper earned a 36-5 record in her all-time pairs play in team matches including 2-0 this season. She won the 2019 IBVL Southern California individuals with Peri Brennan for the “Queen of the Beach” honors and their 2019 championship pairs match in the State Finals. In indoor volleyball, she played three straight years with First Team All-League selections and was named 2018 Sunset Wave League MVP. Finished her career seventh in sets played, fourth all-time in rally-era (since 2003) career points scored (kills, aces, net blocks) per set played. She was a second all-time rally player in total kills with 1,099. 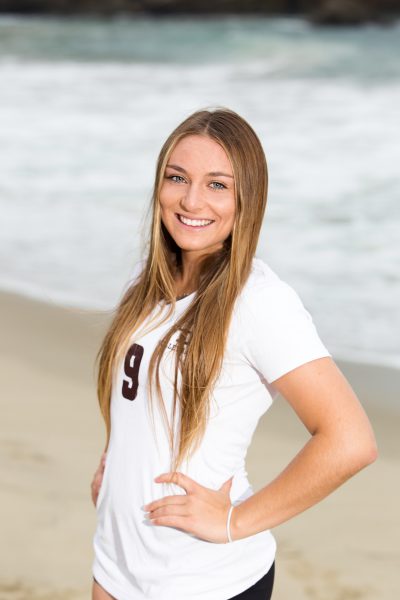 Hallie signed and will attend Southern California (NCAA Ranked sixth in 2020) in Sand Volleyball – a four-year two-sport athlete. In sand volleyball, she earned a 30-5 record in her all-time pairs play in team matches. Hallie was 7-1 her frosh season, 9-2 as a sophomore, and 14-2 last year. In indoor volleyball, she was First Team All-League as a freshman, Second Team honors in 2017, First Team in the Sunset Wave League in 2018 and 2019 including this year’s Sunset Wave League MVP title.

Set most set and match school records on defense for digs and serves received. Hallie led the team in these categories the past three seasons and holds the single-season and the Laguna career records by a wide margin. She tied for fifth in career matches played, ranks fourth in sets played, seventh in service aces, and third in career rotation points. 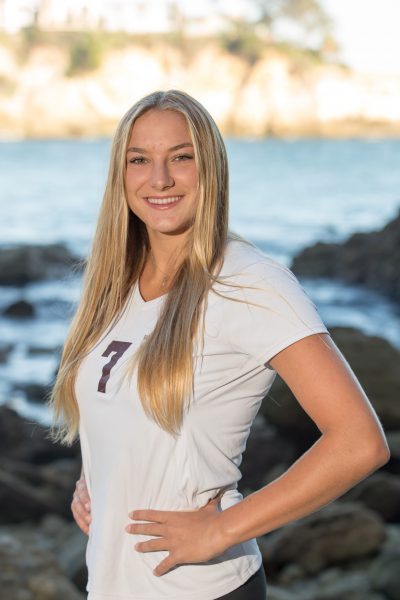 Cambria signed and will attend Arizona State (NCAA Ranked twentieth in 2020) in Sand Volleyball. In sand volleyball, she earned a record of 27-7 in her all-time pairs play in team matches including 2-0 this season. In indoor volleyball, Cambria was second Team All-League in 2017 and 2019, First Team selection in 2018. She led the team in serving accuracy in 2018 and 2019 and finished her career ranked seventh in matches played, sixth in sets played, and fifth in career starts. Hallie finished career ranked fifth in total kills with 831, also fifth in career points (kills, aces, net blocks), fifth in serve receives, and ninth in all-time in digs.

It appears the Southern Section CIF will know the status of a fall 2020 sports season by July 1. This past week the 10 State sections met beginning Tuesday for a three-day session to work on the guidelines for the return of athletics for the upcoming school term. It appears individual school districts will decide on what State COVID 19 guidelines will be followed for their district athletics. The Sunset Conference encompasses four school districts as does Laguna’s football league affiliation so hopefully more information will be known soon and our local teams will not be at a competitive disadvantage.