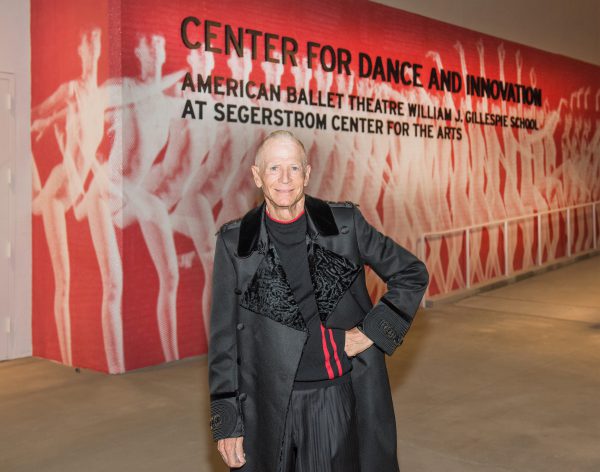 Bill Gillespie broke hearts all over Orange County when he died of natural causes Dec. 10 at the age of 79.

The beloved Laguna Beach philanthropist had spent his life handing out millions of dollars to all manner of Orange County arts programs, as well as veterans, animals and just about anyone else who asked for help.

“Bill was one of the kindest, most thoughtful, and unpretentious individuals I have encountered,” wrote Pacific Symphony President John Forsyte in a blog tribute. “Throughout most of the life of the Symphony, Bill was always there—supporting us, cheering us on, celebrating with us, and enjoying the great music he loved so dearly. His spirit will fill the heart of the Pacific Symphony forever.”

Gillespie inherited his wealth from a family fortune. Nevertheless, at 60 he took a job as a funeral service director at Pacific View Memorial Park in Newport Beach. And at age 69 he got his embalming license.

“He was totally dedicated,” says Pacific View General Manager Ruby Louis. “He would jump in with both feet and always finish anything he started.”

He was also funny, she says, doing impersonations to make co-workers laugh. Marlon Brando in The Godfather was one of his favorites.

When Gillespie attended the performances of the musicians and ballerinas that he supported, though, it was typically in flashy high fashion, embroidered jackets and polished shoes. He never sought the spotlight for his philanthropy though, friends say. He didn’t like the fanfare surrounding his gifts.

And there were many: Millions of dollars for the American Ballet Theater, Pacific Chorale, Pacific Symphony, Segerstrom Center for the Arts, South Coast Repertory, Philharmonic Society of Orange County, the Laguna Dance Festival and UCI (where three buildings bear his name). The glorious $2.5 million pipe organ at the Renée and Henry Segerstrom Concert Hall — he paid for that too.

“We count our blessings for how much he loved the arts and Orange County,” says Casey Reitz, president of the Segerstrom Center for the Arts.

In 1994, Gillespie founded the William Gillespie Foundation, which has supported more than 100 non-art organizations, ranging from AIDS services and the environment to animals, the elderly and veterans.

Gillespie spent 13 months fighting in Vietnam with the U.S. Marine Corps. in the late ‘60s. It’s where he fell in love with classical music. The story goes that a bunkmate in the barracks was always playing symphonies. That bunkmate later became renowned conductor Lawrence Foster.

John Gunnin is an art teacher at Sage Hill School who met Gillespie a quarter century ago and continues to serve on the board of his foundation. He said his friend had a big love for all the arts, “but he wasn’t just interested in The Big Cause. He was interested in people’s stories. And he had a lot of compassion for someone who was hurting in some way. He seemed to be able to put himself in their shoes.”

At the same time, Gillespie wasn’t in love with his wealth.

“The money, he really wanted to give it away,” Gunnin says.

Gillespie had no children, but he spoiled his mischievous Savannah cats (a domestic/wild hybrid) like they were his kids. “They had the run of the house,” Louis says. “He even took them on vacation to Palm Springs where he had a home.”

Gillespie was laid to rest at Pacific View after a private service.

“There’s so much to miss about him,” Louis says.

Forsyte says a concert dedicated to his memory will be announced.