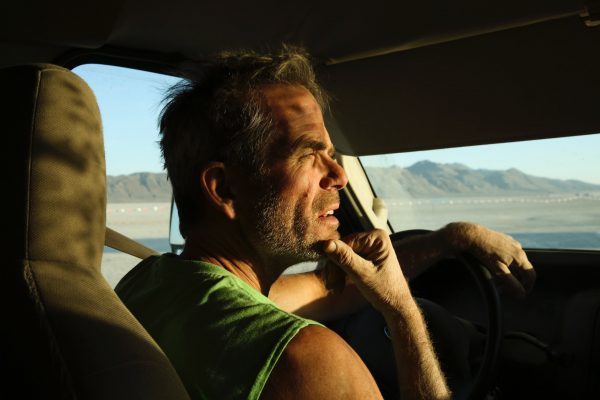 I had a birthday recently and someone asked me what I wanted. I thought about defeating climate change, peace on earth, and of course a Gulfstream jet. But then I came up with something even more aspirational: dinner with Sharon and Mark Fudge at their fabulous Hangover House. Built by adventure traveler and writer Richard Halliburton and completed in 1938, the Hangover House is easily Laguna’s most significant architectural home. Designed in what was then called the Brutalist style (think Bauhaus minimalist), it’s one of the very first modern homes ever constructed, built of concrete and steel, an engineering marvel perched 600 feet above the Pacific, straddling a ridge that offers a complete panorama to Aliso Canyon. It’s so spectacular that Ayn Rand purportedly modeled the Heller House descriptions in The Fountainhead after it.

Our dinner would be on a night when the Fudges weren’t attending Planning Commission, Design Review, City Council, or meeting with councilmembers. Or on a day when they’re not at Coastal Commission, or monitoring a job site, or at city hall combing through agenda items and building codes.

All talk of how they continually embarrass the city and are now the de facto code enforcement officers, or why they’ve been involved in such a large number of bluff-side disputes, or how many Coastal Commission appeals they’ve filed over the past decade, and what all this has cost homeowners, developers, the city and its taxpayers, would be verboten. Not to mention the irony of contesting unpermitted work on other projects when that’s what they got busted for. None of it matters. We’re in the Hangover House!

Instead we would discuss the initial condition of the home when they bought it in 2011 for $2.4 million, plus $800,000 for an adjacent lot. The seller told the Daily Pilot, the home needed at least $500,000 to just restore the house structurally, let alone any improvements to the badly deteriorating home. Of course they are to be commended for restoring a home that was so daunting that most prospective buyers wanted to demolish it. But no good deed goes unpunished, and when the Fudges embarked on their ambitious restoration, nosy snitches in South Laguna started monitoring construction vehicles, and then reported what they considered to be an unusually high number. Talk about surveillance. This led to red tagging, a shut down of construction, and costly delays for the Fudges.

If I was undermined for making changes to bring the interior up to date—in my home, with my money—while simultaneously keeping the original historic exterior intact, I might feel a little violated by government overreach. I might even become a snitch myself in order to embarrass and subvert the city every chance I had over the next decade. Give this town a taste of its own medicine. I would be so relentless that eventually I’d have the same people who fought against me now coming to me for help in the cover of night. That would be delicious because, as they say, revenge is a dish best served cold.

But let’s not go down that unsavory rabbit hole. No, I would want to talk about what Halliburton was thinking when he was riding a horse on Aliso Beach and looked up at that peak in 1930? And how his friend and secret lover Paul Mooney encouraged him to hire the architect William Alexander Levy, and how Levy designed an ensuite bedroom for each of the three of them. Wait, what? If those walls could talk! What’s left of them, anyway. Then I would ask Sharon and Mark if they are carrying forward any of the decadent traditions the home was built and named for. And if I could be included?

I would marvel at an architectural achievement that was so far ahead of its time it still looks modern today. And I’d ask the Fudges how it feels to awaken each day inside such a remarkable temple of design. Because good architecture can improve your life. Just ask any owners of a Mark Singer, Anders Lassiter, Horst, Chris Abel, Greg Abel, Morris Skenderian, or Lamont Langworthy home.

Yes, my most treasured birthday gift would be hanging at the Hangover, getting all Fudged up, having some belly laughs at the absurdity of this crusade, and acknowledging our amazing fortune at being cradled by this crucible of modernism. We’d toast to life, not litigation. L’chaim.