A Planned Parenthood spokesperson will speak on fallout from the U.S. Supreme Court’s Dobbs decision on at 6:30 p.m. on Aug. 10 at the Susi Q, 380 Third St.

Sadaf Rahmani, public affairs director for Planned Parenthood of Orange and San Bernardino Counties, will issue a call to action to stand up for women’s access to abortion. The meeting will be a fundraiser for the Planned Parenthood Action Fund, which supports pro-choice candidates for public office.

“People who don’t know where to take their anger and frustration can join with others to take immediate personal action in a reproductive rights campaign,” said Aviva Meyers, a recent college graduate and Laguna Beach Democratic Club board secretary. “The worst thing would be to lose hope about reproductive rights. We must fight. It’s on us to get busy now.”

Registration for the August meeting is free and open to all at thelbdc.com.

To make it easy for young people to get involved and help elect pro-choice candidates, the Democratic Club has set annual dues for high school and college students to $5 for the next six months. Those dues, and other donations from the meeting will go directly to the Planned Parenthood Action Fund.

In addition to its August meeting, the Democratic Club will reach out to school clubs and other youth groups to register voters and recruit volunteers for pro-choice candidates in Orange County.

“We young voters are the key to electing pro-choice candidates who will reinstate reproductive rights,” Meyers said. “Californians should be aware that potential new rulings by the Supreme Court and new federal laws passed by right-wing legislators could change our own State abortion rights. We can’t let that happen.” 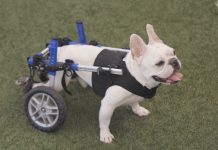